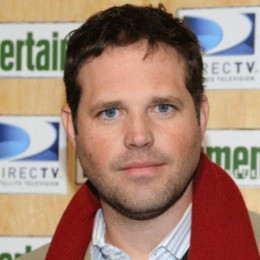 An American film and television actor who is widely known for starring as Roy Anderson in the popular television series broadcasted in NBC, The Office. He completed his high school from Fountain Valley High School. He later attended American Conservatory Theater in San Francisco. He holds Bachelor of Fine Arts degree. He started his career in acting after acting in football comedy The Replacements. Fair Game, Fanboys, The Nines, Shutter, Smart People etc. are some of movie he has acted. He has also made guest appearances in popular television shows like Bones and Grey's Anatomy.

Talking about his personal life he has already married not only once but twice. His first marriage was with an actress and songwriter. After 9 years of their marriage their relationship didn't work out well and they got divorced. After four of his divorce he married his another lover who is also an actress. He has not been a biological father yet.

After dating some years they turned their relationship into marriage. But the marriage only lasted for nine years and they got divorced. They have no children from their marriage.

She is also an actress. She is very beautiful and gorgeous. Looking at their couple they seem like they are made for each other.