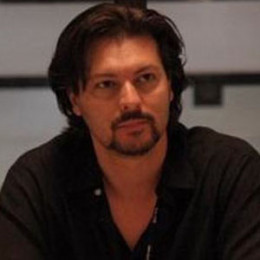 A Canadian-American voice and screen actor and screenwriter, David Hayter attended Rensselaer Polytechnic Institute for two years until transferring to Ryerson University.He also starred in the 1994 straight-to-video movie Guyver: Dark Hero, taking over the role of protagonist Sean Barker from previous actor Jack Armstrong. Hayter is one of the few Metal Gear Solid actors to have played and completed the Metal Gear games.

David Hayter is married to his Guyver: Dark Hero, co-star Marisa Cody, with whom he had a daughter named Natasha ((born in April 2004). On 7th August 2013, it was announced that David Hayter was developing a television show on Fox tentatively titled World War III, it's about a fiction global conflict that chronicles. Some of his video games credit include Bloodstained: Ritual of the Night, Eternal Darkness: Sanity's Requiem, Metal Gear Solid: The Twin Snakes. He has worked in the 1996-7 Spider-Man: The Animated Series as Captain America.

The tremendously talented voice actor and screenwriter ‘David Hayter’ was born on February 6, 1969, in Canada. He is best known for his voice in Konami's Metal Gear Solid games as ‘solid snake’.

David Hayter started acting since the age of 9 years old. He graduated from the ‘Canadian Academy’ in 1987 which was situated in Kobe, Japan. After completion of education in high school, he attended ‘Rensselaer Polytechnic Institute’ for two years until transferred to ‘Ryerson University’. At the age of 20, he left his home and moved to America.

David Hayter started performing live acting in the early 1990s but after acting in an episode of ‘Major Dad’ he became more interested in voice acting. In 1994, he provided his voice in ‘spider-Man’ animated series. Later he lent his voice-over many series and movies such as, ‘The Castel of Cagliostro’, ‘Fushigi Yugi’, ‘Guyver: Dark Hero’.

In 1998, he provided his voice on video game ‘Metal Gear Solid’ as ‘Solid Snake’ which was remarked as a huge success and after that he came up with more series of ‘Metal Gera Solid’.

Beyond acting, he was involved in filmmaking too. In 2002 he wrote his first screenplay for ‘X-Men’ and then went on to co-write the screenplay for its sequel ‘X2’. He also wrote as an adaptation of the novel ‘watchmen’. In 2013, David Hayter announced that he was developing a television show on ‘Fox’ titled as ‘World War III’ and the show is all about the global battle which brings the world as we know it to an end.

David Hayter is a married man. He tied a knot with his ‘Guyver: Dark Hero’ co-star ‘Marisa Cody’. The duo was blessed with a beautiful daughter on April 2004 and they named her ‘Natasha Hayter’.

Net worth and Height

David Hayter is the fit guy who is 6 ft 1 inch tall. He is one of the handsome voice artists in Hollywood with a great personality. With his successful career, he has managed to make a pretty impressive net worth of $13 million dollars.