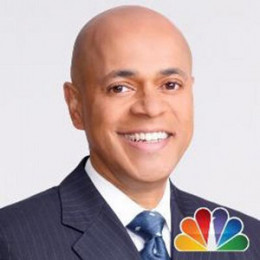 An American television news anchor and reporter, David Ushery is currently married to Isabel Rivera. He was born to Solomon Ushery and Winifred Ushery. Ushery graduated from the University of Connecticut with a double-major in Political Science and Journalism. Before to joining WABC-TV, he was the lead evening reporter for WFSB-TV in Hartford, Connecticut, and also reported for the Hartford Courant and the Los Angeles Times.

David Ushery won an award from the National Association of Black Journalists for his series of reports on children and violence. Ushery is also the creator and anchor of “The Debrief with David Ushery,” David Ushery married to Isabel Rivera. The couple has been blessed with one baby boy.

David Ushery married to Isabel Rivera. The couple has been blessed with one baby boy but they have not revealed his name in their bio and social sites.