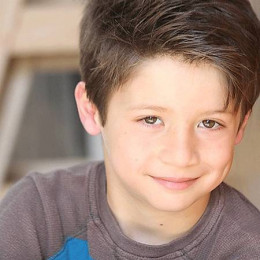 An American child actor, rapper, and singer who rose to prominence as Flynn Jones in Disney's Shake It Up. From his young age he had keen interest in martial arts and playing guitar.He has three siblings including two brothers Paul and Jackson, and one sister named Marybeth. He started his career at the young age of six years old by starring in different commercials before earning his first television role. He has already acted in popular TV series like Desperate Housewives, How I Met Your Mother and Ghost Whisperer.

Since he is in his early teens there is no question of him getting married. And he has not disclosed any information regarding his girlfriend by which we can assume that he is still single. There has been no rumor or report regarding his relationship with anyone. It seems like he is still more focused in his acting career rather than focusing in his love of life. He is regular user of social media sites like Facebook, Twitter and Instagram so, his fan can follow him in his social media pages to get more updates about him.