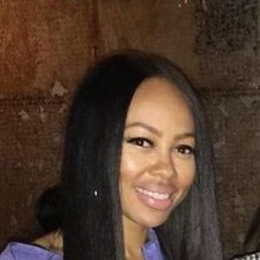 Dawn Halfkenny, also known as Dawnisha Halfkenny, is an American actress and producer who came to the limelight after her portrayal of Tamela in 'His, Hers & the Truth' and Brandi in 'The Family Business.' She produced the movie Nothing Like Thanksgiving.

Who is the Boyfriend of Dawn Halfkenny?

Dawn Halfkenny is enjoying her single life and is neither engaged nor married. She doesn't like to announce her love life to everyone publicly and keeps herself entirely away from any relationship rumors. 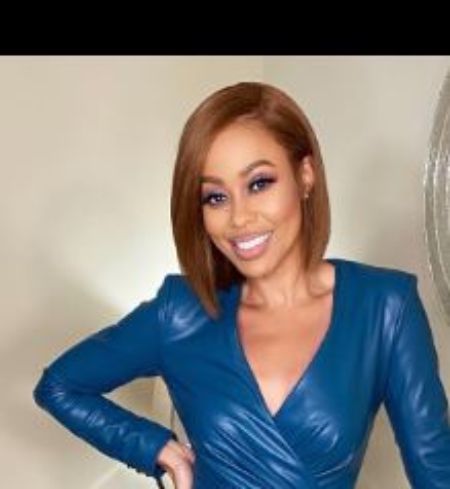 Although Dawn is in her 30s, she's still single and gazing at her personal life; nothing can be learned on any pages. All in all, Dawnisha is keeping away from any relationship. She is self-reserved in person and a more career-focused lady.

Dawnisha is quite famous in her profession but is secretive regarding her intimate life. The lady rarely drops any clue which could link her to having a boyfriend. To add up, Halfkenny is never spotted anyone who could be her possible partner.

Net Worth Collection of Dawn Halfkenny

Dawnisha Halfkenny possesses an estimated networth of $3 million as of 2022. She earned all those fortunes through her 45 television series and films. After completing her formal education at the acting school, she got a chance in plays and movies.

Watch the video of Dawn Halfkenny on the 2016 GEG interview.

Dawn earned her first major acting credit in 2009 in an episode of Jack Squad as Kennedy. Two years later, she landed in five short projects like  Girls Night Out(Exhale), Who's to Judge, and Pinky Swear.

From 2011 to 2013, Halfkenny starred in the TV series, Let's Stay Together. Some of her highest-grossing movies like Gas Light, Bid For Love and Hyde Park. In the television series Saints & Series, from 2016 to 2022, she portrayed the vital role of Angela Park.

From 2020 to 2021, she starred in four episodes of the action drama series The Family Business. In 2017, Dawn played the role of Danyelle in a single episode of the series Survivor's Remorse alongside the cast of Jessie T. Usher and Erica Ash. 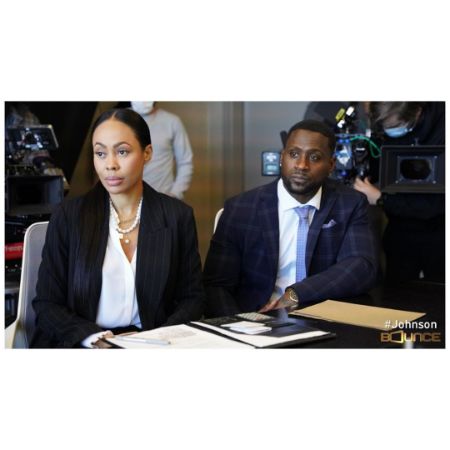 Dawn Halfkenny at the set of Johnson on Bounce. SOURCE: Instagram(@dawnhalfkenny)

Moreover, Dawnisha tried her hands as an executive producer and worked in films like Nothing Like Thanksgiving, The Hyde Park, and Black Privilege. She is currently working on her upcoming Victoria Rowell's project, Lineage.

Furthermore, the film star, who loves traveling and having fun with her loved ones, has 29.1k followers on his Instagram account under @dawnhalfkenny. The dark-haired Dawnisha is concerned about her diet and maintaining her physical structure. She flaunts pair of black eyes and dark hair. 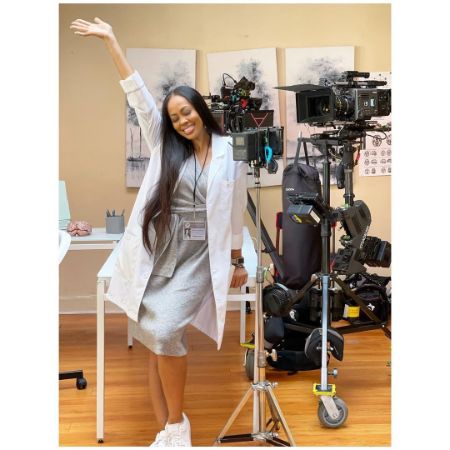