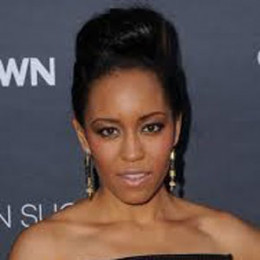 Dawn-Lyen Gardner is an American actress who is mostly known for her leading role in the Oprah Winfrey network drama show "Queen Sugar." She also appeared in several episodes of the Netflix series Luke Cage.

Gardner was born on 1980 in Los Angeles, California. She belongs to Afro-American ethnicity. Her zodiac sign is Virgo.

Dawn moved from California to New York for her education. There she attended the Juilliard School where she was awarded the Liz Smith Prize. At her early age, she studied music and dance.

The promising actress the Hollywood, Dawn debuted with a recurring role on Viper and guest starred on ER. To complete her graduation she, later, moved to New York City and simultaneously did stage performances. Her appearance in the productions like "For Colored Girls," "The School Of Night," and "The Seagull" helped her gain recognition.

Gardner also appeared in numerous regional productions and has also appeared on numerous shows as a guest including Crossing Jordan, Bones, Heroes and Castle. She voiced Steela Gerrera in the "Star Wars: The Clone Wars."

Dawn was cast as a lead character along with Rutina Wesley in the Oprah Winfrey Network drama series titled "Queen Sugar" produced by Oprah Winfrey and Ava DuVernay.

The gorgeous actress, Dawn has not revealed about her personal life till date. She looks like a lady who keeps information regarding her dating boyfriend and affairs far from the spotlight.

Dawn is seen active on Instagram where she posted different pictures with the team of "Queen Sugar" mentioning them as her family.

The 37-years-old Dawn is a lead character in Queen Sugar which has managed to gain 2.9 million viewers in its first season. She must have collected a decent sum from the show.

Her actual net worth has not showcased yet, but she must have an estimated value in six digits.