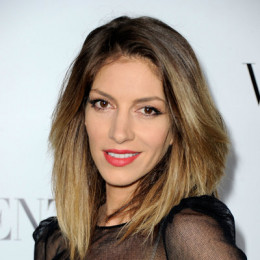 Dawn Olivieri is an American model, actress and voice actress as well. Her father is Salvatore A. Olivieri and her mother is Nancy Covill Olivieri. She had featured a number of films and appeared in a lot of television shows. Currently, she is working on a series named House of Lies on Showtime. She had completed her graduation from the University of South Florida. She had taken major chemistry in college to become the veterinarian.

Dawn Olivieri was born on February 8, 1981, in Seminole, Florida to Salvatore A. Olivier and Nancy Covill Olivier. She holds an American nationality and North America ethnicity.

Dawn began her career in 2004, she debuted from the television series ‘The Player’. later she appeared in numerous shows such as; CSI: Crime Scene Investigation, How I Met your Mother, Lucifer, Rosewood’ and much more.

In 2005 she got her first role in CSI: Criminal Scene Investigation. In 2006 she had made her debut in the film named Paradise Lost. She had given her voice in a video game named Famous 2 as Lucy Kuo.

Her first debut movie was The Devil's Den. in 2012, she got the main role of Monica Talbot in the television series House of Lies. After that, she was cast in Vampires Diaries.

Despite acting, she lends her voice to video games; Need for Speed: Undercover as Rose Largo and FAMOUS 2 as NSA Lucy Kuo.  She also had been appeared in a magazine named Maxim.

Currently, Dawn Olivieri is possibly single but previously she was linked up with a filmmaker Bryn Moose and later actor Don Cheadle. However, there isn't any concrete information regarding her past affairs and boyfriends.

Dawn hasn't married yet which simply implies she has no husband and children.

Dawn probably earned a significant amount of net worth from her career but because of her secretive nature, the exact figure hasn't revealed yet. However, it is assumed in millions of dollars.