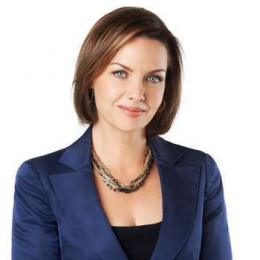 She is a Canadian television journalist, currently working as a chief anchor and executive editor of Global National. She started reading news at a hybrid TV/radio station in Brandon, Manitoba in 1985 and later reported for stations in, Calgary, Thunder Bay, Winnipeg, Vancouver, Toronto and Saskatoon. She is the recipient of 2011 Gemini Award for best news anchor. She is a graduate of Red River College.

Her personal life has been as perfect as her career. After dating her boyfriend for a long time she later married him and together the couple has raised a son. The couple has been living very happily as husband and wife after their marriage and there is almost no chance of a divorce to occur in their lives. None of them are having any extra marital affair, so their marital relation is healthy.

He is the one and only beloved husband of Friesen, who works as an investigative reporter for CTV's W5. The couple has raised a son from their marriage, whose personal details has not been disclosed to the media yet.