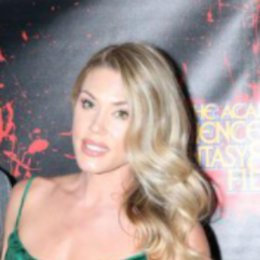 The beautiful Dawni Sahanovitch is a Canadian film producer and additional crew member in the entertainment industry. She is known for her work in Village on a Diet, The Bachelor Canada, Anna & Christina's Grocery and Million Dollar Neighborhood.

Actress Dawni Sahanovitch is a married woman who blissfully tied the knot with the love of her life Devon Sawa on 20 May 2013. The lavish matrimony ceremony of Dawni and her husband was held in the presence of 50 to 100 guests, including close friends and family. 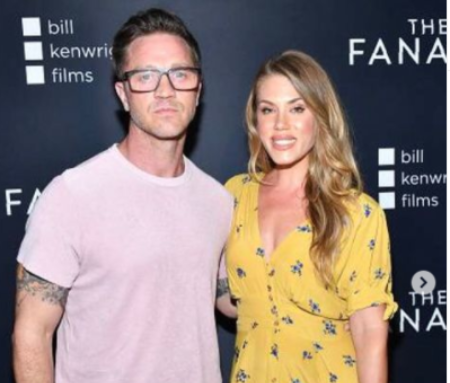 Sahanovitch was in a relationship with her husband Sawa for twelve years before becoming husband and wife. The Sawa duo is counted as one of Hollywood's power couples. They have been together for more than two decades. To today's date, the lovebirds have not been involved in any kinds of controversies.

Dawni Sahanovitch is a proud mother to two kids. She gave birth to her first child, a son named Hudson Sawa, on January 9, 2014. On March 21, 2016, the TV producer welcomed her second child, daughter Scarlett Helena Sawa.

To be precise, Sahanovitch stepped into the entertainment industry in 2009 and won the hearts of many and earned fame in a very short time span. Dawni makes around $43,924 per year and $22.53 per hour, which is the basic salary of a production coordinator in Canada. For being an additional crewmember or producer, Dawni makes more than $61,559 annually. 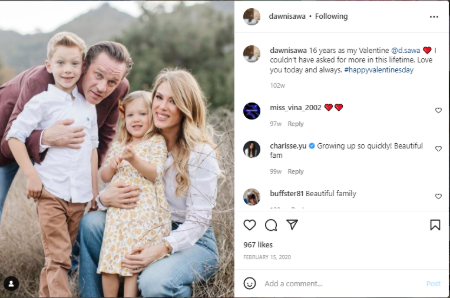 As an additional crew member and production coordinator in the film industry, Dawni has worked for TV series like Murder She Solved, Village on a Diet, Anna & Christina's Beauty Call, Anna & Christina's Grocery Bag, Million Dollar Neighborhood, and  The Obsession. Likewise, the blonde-haired produced five episodes of a Canadian TV series, The Bachelor Canada, in 2012.

Dawni Sahanovitch as an Interior Designer

Sahanovitch would become a successful interior designer if she weren't into the Hollywood fraternity. But, today, she works in both fields of her interests. Before fame, Dawni worked in the Real Estate Business. She holds an experience of fifteen years in the field. Dawni had previously dealt with building apartments in North Vancouver in Canada. Even after settling in LA with her husband, Devon Sawa, Dawni continued her interior design job.

How rich is Devon Sawa?

The father of Dawni's kids, Devon Sawa, has an estimated net worth of $2 million and summoned huge income from his successful career as a movie and TV actor.

Devon Sawa has been married to long-term girlfriend Dawni Sahanovitch since 2013. They were dating each other since 2001.

Hudson Sawa is the first child of Devon Sawa and Dawbi Sahanovitch. Hudson is eight years old and has a sister,