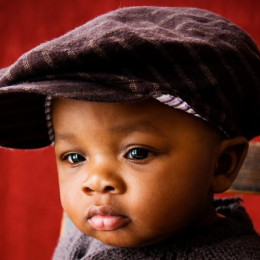 Daxton Mcknight is an adopted son of Mindy McKnight, the creator of CuteGirlsHairstyles and her husband Shaun McKnight. He was welcomed to a family that included twins Brooklyn and Bailey, Kamri Noel and Rylan McKnight. Daxton was born in Utah and the whole family traveled to the hospital to be there for his birth. Daxton was first introduced to CuteGirlsHairstyles fan in a “Family Intro” video on September 21, 2010. He has a younger adopted sister, Paisley McKnight.

Daxton McKnight was born in Utah, on July 23, 2008. His biological parents are not known yet, however, at the time of his birth, Mindy McKnight and her whole family traveled to be there at a hospital in Park City.

Daxton has a younger adopted sister, Paisley McKnight sister, and other sisters, Brooklyn and Bailey McKnight (twins), and Rylan McKnight. Mindy McKnight, the YouTube star has kept her children's life out of the spotlight which makes their childhood beyond the media access. She hasn't even disclosed their educational background.

Daxton is a 10 years old YouTube star who first appeared in Cute Girls Hairstyles fans in a Family Intro video in September 2010.

Since then he frequently appears in videos of YouTuber Mindy McKnight and Shaun McKnight's channel Brooklyn and Bailey which has already garnered over 5.4 million subscribers.

According to IMDB, he stands at the height of 4 feet and four inches as of 2018 and has a beautiful pair of black eyes and has black hair.

Daxton McKnight is not an independent YouTuber so he is not earning a significant amount of money, however, he helps his parents with earning a whopping amount of money through their YouTube videos.

His mother Mindy McKnight's estimated net worth is around $3 million as of 2018.