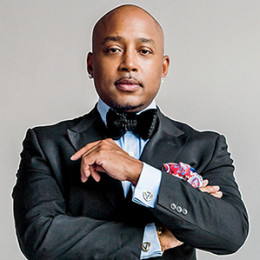 Daymond John is an American motivational speaker, author, television personality, and entrepreneur. He was born to father Garfield John and mother Margot Johne as the only son of his parents and was raised by his mother and grandfather. Daymond completed his high school studies from Bayside High School. He is known as the founder, president, and CEO of the company, FUBU and an investor on reality series Shark.

Previously, he was married to an unknown woman. The duo shared two children; Yasmeen and Destiny.

Daymond John holds an estimated net worth of $250 million.