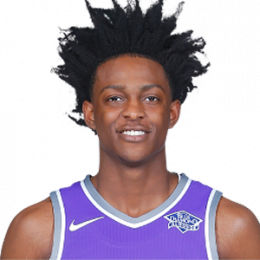 De'Aaron Fox is an American professional basketball player who plays for the Sacramento Kings of National Basketball Association ( NBA). He started his basketball career at a young age playing for his high school Cypress Lakes School and also played a season of college basketball for the Kentucky Wildcats. Fox was selected as an early entry candidate in the Sacramento Kings team in 2017 and as of now, plays he as a point guard for the team.

De'Aaron Fox was born to parents Aaron and Lorainne Harris-Fox on December 20, 1997, at New Orleans, Louisiana. He grew up with his brother Quentin Fox and attended Cypress Lakes School of in Houston, Texas. For his college studies, he enrolled at Kentucky College for a year.

Fox played for his high school Cypress Lakes in Katy, Texas and led the school to three consecutive district championships. He was honored as Texas Gatorade High School Player of the Year in 2016 and also named district's most valuable player twice.

During his high school days, he was ranked sixth by Scout, ESPN, Rivals and 247 Sports even got five-star ratings from them. Fox achieved a 96 grade out of 100 from ESPN. He again ranked sixth overall in the Recruiting Services Consensus Index and participated in the 2015 USA Basketball Junior National Team in September 2015. 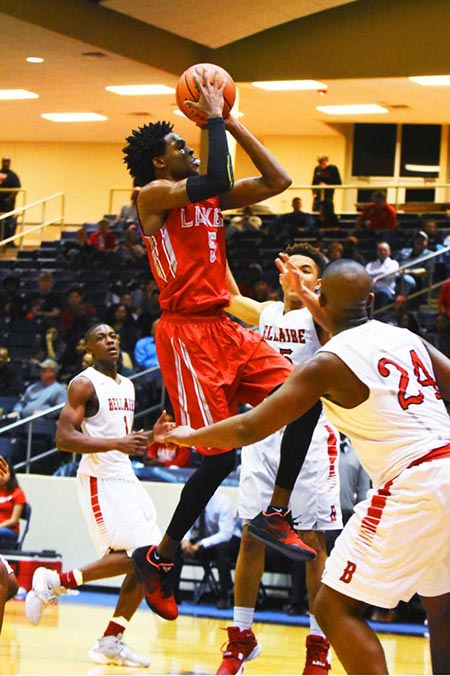 In January 2016, he was named McDonald All- American and took part in the 2016 McDonald's All- American Game on March 30. He received Most Valuable Player honors alongside teammate Malik Monk for leading the East Team to a 131-117 win in 2016 All-Star Basketball Game, Jordan Brand Classic. His game was deeply appreciated and got invited to the NBPA Top 100 Camp.

Fox chose Kentucky over Louisville, Kansas, and LSU for his college basketball career. He committed to the University of Kentucky to play basketball coached by John Calipari. The following year, he scored 21 points and 3 assists leading the team in a 93-69 win over Canisius College in the Bluegrass Showcase.

In his freshman year, he was able to record 39 point game vs number 8/6 UCLA in the NCAA Tournament and a triple-double vs Arizona State which made Fox the second Wildcat to record a triple-double in the history of Kentucky Basketball after Chris Mills in 1988. 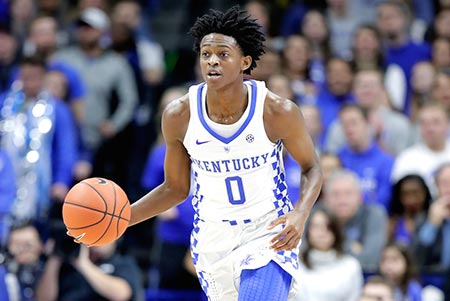 Fox was one of four freshmen to have averaged around 16.7 points, 4.0 rebounds, 4.6 assists and 1.5 steals per game in the country and is one of six players to get a score of more than 600 points in a single season under Calipari. 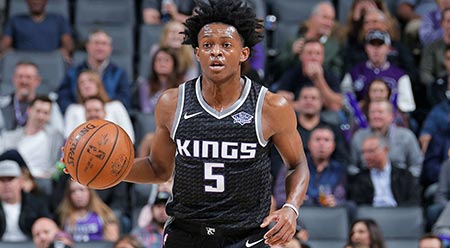 De' Aaron Fox has an estimated net worth of $5 million which he earned solely from his career as a basketball player. His net worth will grow as his popularity is reaching heights.

Fox is not in a relationship. He is in his early 20s and is fully focused on his career. There is a reason behind him choosing number 'zero' as his jersey number while playing for Kentucky Wildcats. By his jersey number, he wants to depict his personality as one who fears no one. He is originally number 5 but gave his number to his teammate Malik Monk.

Fox is a very hardworking player. As per his coach, he used to come to school early at 6 am and used to get to the gym every day. He even fell asleep on the couch every night and spent most of his times playing NBA2K video game series. All his hard work and determination led him to have this huge career he has today.

Already the best #blackops4 player out there, and always will be. #callofdutypartner

His mother Lorraine Harris-Fox was a basketball player as well who used to play for the Arkansas-Little Rock. He seems to be a huge fan of the popular anime Dragon Ball Z and loves the character Vegeta. His hobby includes gaming as he used to play a lot of NBA2K video games.