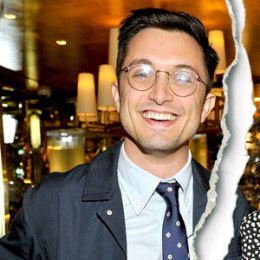 An American film editor and director, Dean Fleischer-Camp is currently single. He previously married to actress and writer, famous from movies such as Zootopia (2016), Obvious Child (2014) and The Secret Life of Pets (2016), Jenny Slate. The couple married on 15th September 2012. Dean is famous movies such as Marcel the Shell with Shoes On (2010), Science Fair (Or: Migratory Patterns & the Flight of the March Brown Mayfly) (2009) and Catherine (2013).

Dean Fleischer-Camp is a married person. He tied the knot to his wife Jenny Slate on 15th September 2012.

Though the couple was so happy in their conjugal in the beginning they separated with an official divorce in 2016.

Dean Fleischer-Camp's Career and Net worth

He began his acting career from a movie named for Marcel the Shell with Shoes On (2010). His ex-wife has worked on VH1. Dean is a son in law of the author of The Incentive of the Maggot and nominated for National Book Critics Circle Award, Ron Slate.