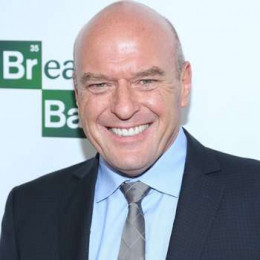 Dean Joseph Norris is an actor, best known for playing the role of James "Big Jim" Rennie on the CBS series Under the Dome and DEA agent Hank Schrader on the AMC series Breaking Bad. Some of his notable film credit includes, Hard To Kill, Terminator 2: Judgment Day, Starship Troopers, Little Miss Sunshine, Evan Almighty, Sons of Liberty and many more. He is the proud son of Rosemarie and Jack B. Norris, a furniture store owner.

Accounting his personal life, he is a happily married man. Till now he has been married only once and with his beloved wife he has raised five children. He has been enjoying his marriage since 2001 and still he has a healthy relation with his wife that he used to have when they first met each other. Details about his children have not been disclosed to the media yet. He now lives with his family in Temecula, California.

She is the first and only wife of Norris, whom he married in the year 2001. The couple has raised five children from their marriage.