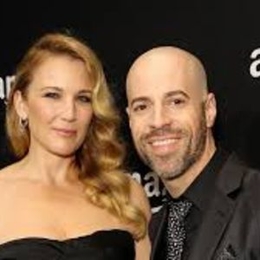 Born in the suburbs of the United States, Deanna Daughtry is the beloved wife of American singing sensation Chris Daughtry. She is known as the co-writer of her husband's latest single "As You Are" which was later revealed it was the song to be released by Deanna. Let's dive deep in to know her relationship status, net worth, lifestyle, age, and more.

Deanna Daughtry is currently enjoying a sound life with "It's Not Over" hitmaker Chris Daughtry. The blonde beauty successfully crossed nineteen years of conjugal relationship with husband Chris Daughtry. 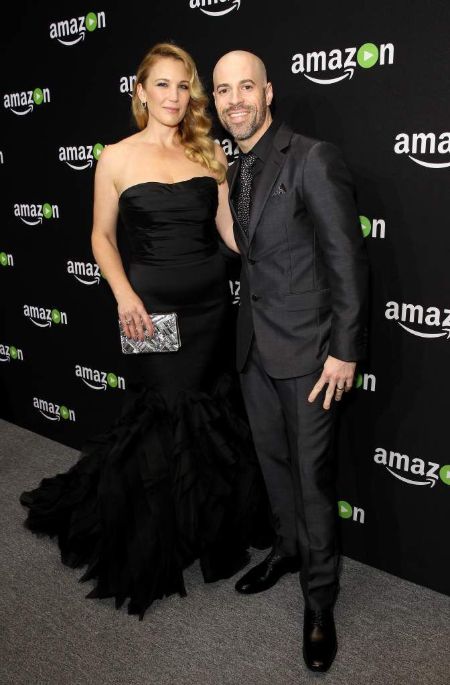 She met Chris at a party in North Carolina when was just 20. At that time, Chris was picking up weekend club gigs and making ends meet as a vacuum cleaner salesman. Six years later, he became an overnight sensation. Ms. Daughtry tied the knot with Chris Daughtry in 2000 before he joined American Idol Season 5. To be precise, Deanna is six years older than her present husband. 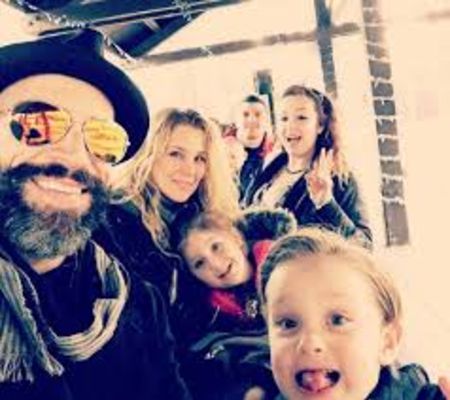 Deanna and Chris are blessed with two beautiful twins - daughter Adalyn Rose Daughtry and son Noah James Daughtry born on November 17, 2010. Daughtry's first child arrived at 11:06 am, but Noah took his time being arrived only 19 minutes after Adalyn at 11:25 am.

The massage therapist was previously married to a man named Zach in the 1990s. Deanna revealed via Instagram that her ex-husband died on March 12, 2018, due to suicide. She also appealed to her fans not to ignore signs of mental health issues as well as suicide.

Deanna is a mother to four children namely two of the oldest kids Hannah and Griffin are from her first marriage. Her first daughter Hannah was born on September 7, 1996, and Griffin on June 30, 1998. Hannah, with her mom, traveled to Texas a week before Daughtry posted the news about her father's death.

Deanna identifies herself as bisexual when it comes to her sexual orientation. She first created Chris's latest single "As You Are" off of his latest album Cage to Rattle as her "coming out to the world" song. The song collected more than 40,000 likes on YouTube.

Daughtry did not only go through a divorce in the past but also been in a relationship with a woman before she encountered Chris.

How Much Is Deanna Daughtry's Net Worth?

Deanna Daughtry possesses a decent amount of net worth earned from her career as a licensed massage therapist and songwriter. She wrote lyrics for her musician husband, Chris Daughtry who has a net worth of $10 million as of 2020. 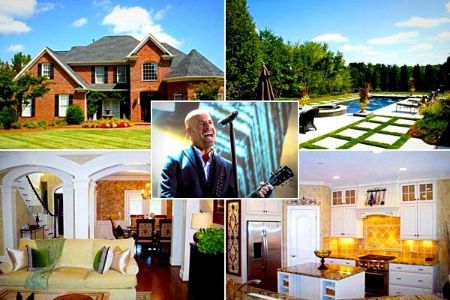 The 46-year-old rose to fame for her marital relationship with singer and songwriter Chris Daughtry rather than for her profession. Deanna, the mother to four is also popular as a social media influencer. She amassed over 35,000 followers on the Twitter account. She stood by and supported Chris throughout his trials with bands including Absent Element before he auditioned for American Idol.

Deanna Daughtry was born on April 5, 1973, to Donna and Wayne Gotreau in New Orleans. Her parents had roots in Massachusetts and lived in North Carolina. She has two siblings namely Joshua Gotreau and Wayne Gotreau.

She was born under the birth sign Aries. Daughtry changed her last name from Gotreau to Daughtry and has been living with Chris in Nashville, Tennessee since 2016.

Be sure to check out Marriedwiki.com for celebrity-related biographies and articles.

Deanna Daughtry is married to singer Chris Daughtry in 2000 before he joined American Idol Season 5. To be precise, Deanna is six years older than her husband.

Adalyn Rose Daughtry is the first child to Chris but third to Deanna. The couple gave birth to twin daughters on November 17, 2010.

Noah James Daughtry is the twin brother of Adalyn Rose Daughtry and a loving child of Chris and Deanna Daughtry. Noah James arrived on November 17, 2010.

Hannah is the first child to Deanna Daughtry and her late husband Zach who died of suicide. Hannah was born on September 7, 1996.

Griffin was born as a second child on June 30, 1998, to Deanna Daughtry and her late husband Zach.