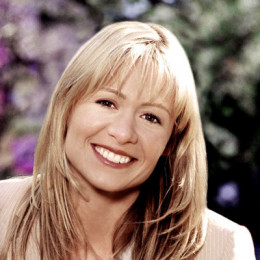 Deanne Bray is an American actress. She was born deaf. She is bilingual in English and American Sign Language. She is known for her role in Sue Thomas: F. B. Eye and Heroes. He had completed her B.A. degree in Biology from California State University. Due her hearing inabilities she had a hard life. She always had trusted in herself and as a result she is famous name.

In her starting days of her career she had been ignored and been under estimated. But she did not stop trying and finally in 1996 she got a role of deaf woman in a TV series named The Pretender. After that she got a chance to act in Elle in 1997. After that she got famous and started getting roles. Though she had a tough life but she did not lose faith in herself. Her net worth is $5 million USD.

She is happily married to her long time boyfriend who is an actor. He is also a deaf.

She has given birth to her child whose name is Kyra Kotsue. She had said that she is very happy being mother and is living healthy and happy life.