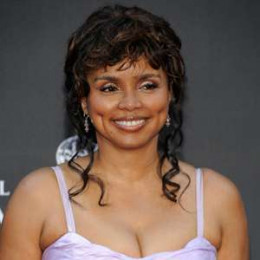 Debbi Morgan is an actress. She is also known for her roles as the Seer in the fourth and fifth seasons of "Charmed". She is the daughter of Lora, a teacher, and George Morgan, Jr., a butcher. Debbi attended parochial school. She is best known for her role as Angie Baxter–Hubbardon the ABC soap opera All My Children for which she was the first African–American to win the Daytime Emmy Award forOutstanding Supporting Actress in a Drama Series 1989.

Morgan married to Charles Weldon in 1980 but the couple did not continue their marriage relationship and they divorced in 1984.

Then she remarried to actor Charles S. Dutton in 1989 but they divorced in the year of 1994.

After she divorced with the second husband, she married to photographer Donn Thompson in 1997 but she ended her marriage relationship in the year off 2000.

She got married to Jeffrey Winston since June 2009. She is living her life happily with him so there is no chance to divorce.