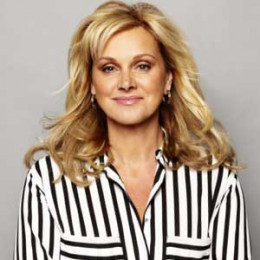 Born as Deborah Travis on 25th September 1960 in Blackburn, Lancashire she is of white ethnicity and is of British-Canadian descent. She was raised by her parents in Rochdale, Lancashire. Debbie graduated from the University of Cambridge.

Debbie began her career from the television. She hosted Debbie Travis's Painted House, airing on the Women's Television Network from 1995-2002 and later on in W N Network. Later on, in 2005 she launched her own painting and home products line that is available at Canadian Tire, a Canadian retail company that sells a wide range of home products plus others.

Moreover, she also served as president of the branding company, Debbie Travis Branding Inc. in Toronto. In 2006, Travis hosted From The Ground Up with Debbie Travis for two seasons on Glocal TV.

Furthermore, Debbie Travis was also engaged with several production companies including- Whalley-Abbey Media by Debbie Travis-branded television and was partnered with Kit Redmond and Hands Rosenstein for RTR Media. She is also a columnist that was published in many newspapers titled as Debbie Travis House to Home. She even published 8 books on painting and decorating techniques.

Debbie Travis married Hans Rosenstein, a Gemini Award winner for Best Lifestyle. The couple firstly met during a visit to a television buyers market in Cannes. Soon after that they married and is living a happy life together.

Debbie has an estimated net worth of $ 4 million. One of the house she decorated in the show, From the Ground Up with Debbie Travis is worth $250,000 in the market. She also redecorated her old Victorian house using some paint effects.She is earning much from her companies and living a ravishing life with her family.

Josh is the elder child of Debbie Travis and Hans Rosenstein.

Jessie is the second and youngest child of Debbie Travis and Hans Rosenstein.