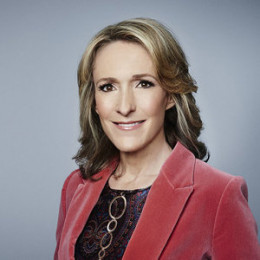 News & Documentary Emmy Awards nominee for Outstanding Live Coverage of a Current News Story - Long Form, Deborah Feyerick is a television journalist, news anchor and a reporter from United States. She is also popular for being a National Correspondent for CNN. She received her bachelor’s degree in English Literature at the Barnard College in the university and joined as researcher in GQ magazine. Before joining CNN she was as researcher in GQ magazine.

Deborah got married to Mark Kirsch. Mark Kirsch is a lawyer by profession. It is also believed that they had romantic love affairs for several years before getting married. It has been more than twenty years and they are living a romantic life still there. It is because they respect each other and their profession. They spend most of the time together and are caring and supportive in nature.

They tied the knot in earlier 1993 and are still living a wonderful life. They must have children but information about them is unavailable.