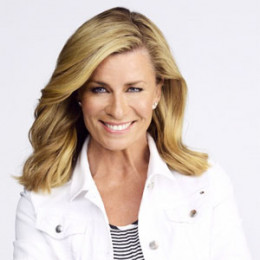 Deborah is an Australian media personality, television presenter, magazine editor. Her first appearance was on Cosmopolitan, a Australian Magazine at the age of 16 on the from page with her photo. Her career began since then and now she is best known and recognisable personalities of Australia. Hutton is also the founder and designer of company “Deborah Hutton Living”. She has also hosted Looking Good from 1994. Apart from hosting, she has also worked as national ambassador and spokesperson she has hosted many VIP nights as well as seminars. Deborah is a victim of skin cancer and had a surgery for that. Since then she has been helping others to cope with such kind of problems. She has also done charity works and acts as a brand ambassador for the Best buddies Australia, the National Breast cancer Foundation and the Olivia Newton-John cancer and Wellness Center.

Talking about her personal life biography, her sexual orientation hasn’t been confirmed yet. But she has been recognised as high profile lesbian in Australia, but her sexuality has not been conformed yet. She has dated Harry M. Miller but they split up. After that she had dated Roche, hockey player. There has been rumours in the industry that Hutton has dated Tracy Grimshaw. Though there are lost of rumours about her, she is very private person and hasn’t conformed anything regarding her girlfriend and married life.