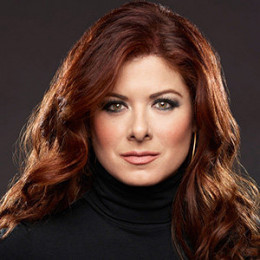 Debra Messing, an American actress, is currently single. She was previously married to Daniel Zelman. Debra was born to mother Sandra, a singer, banker, travel and a real estate agent and father Brian Messing, a sales executive and grew up in Brooklyn, New York. She completed her undergraduate studies from the Brandeis University and later received M.F.A from the New York University.

Debra Messing, a leading actress who's been in multiple relationships is now spending quality time with Eric Mccormack.  They shares screen on NBC Will&Grace.

The 51-year-old American actress is possibly single at present. Nonetheless, her Instagram post hints another thing. Debra, as well as Eric Mccormack's socials, are showered with the pictures of one another since July 2019.

On 16 August 2019, the Will and Chase star shared a cozy picture of himself with actress Debra Messing. Most recently, Messing resides in New York City but travels frequently to Los Angeles to fil Will & Grace.

Debra was married to Daniel Zelman for 11 years. Debra first met Daniel on their first date as graduate students at New York University in 1990.

After understanding one another in a few months, they dated for eight years. After two years of engagement, they married on 3rd Sep 2000 and separated later. The couple has one son together.

Even though her son is not deaf, Debra has taught him a few words in sign language to make communication easier for him until he's more able to talk.

Following a divorce from Daniel Zelman, she dated her Smash co-star Will Chase from late 2011 to October 2014. Debra and Daniel's divorce was finalized on March 1, 2016.

In the same vein, the brunette beauty charged $125,000 per episode for appearing in TV series The Mysteries of Laura.

Daniel Zelman is an American actor, screenwriter, television producer, and director married for 11 years. They dated for eight years after getting together in 1990. After two years of engagement, they married on 3rd Sep 2000.

Roman is the only child of Debra who was born on 7th April 2004. There is not much information about him.