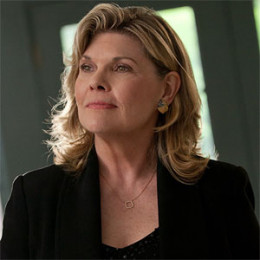 Debra Monk is a 68-year-old American actress, singer, and writer best known for her performances on the Broadway stage. She received her first Emmy in 1999 for several guest appearances on NYPD Blue between 1998 and 1999. She has worked on more than 30 movies and series to date.

Debra Monk was born on February 27, 1949, in Middletown, Ohio. She is an American by nationality and belongs to White ethnicity. Her birth sign is Pisces.

Monk attended Wheaton High School in Silver Spring, Maryland where she was voted "best personality" by the graduating class. She graduated from Frostburg State University in 1973.

After two years, in 1975 she gained her Masters degree in Fine Arts from Southern Methodist University in Dallas, Texas. She used to work as a waitress before pursuing her career in the entertainment field.

Debra Monk began her professional career in 1982 from theatrical play, Pump Boys, and Dinettes as a co-writer and the female lead. Later, she was cast in the play Redwood Curtain for which she even received a Tony Award for Best Featured Actress in a Play.

She has acted in several other plays like Steel Pier (1997), and Curtains (2007). In 2000, Monk won an Obie Award for her brilliant performance in The Time of the Cuckoo. She left the theater for a while but made her comeback in 2016 with Steppenwolf Theatre Company.

Monk has worked on more than 30 films during her 25-year-long career. She debuted in 1992 with Prelude to a Kiss. In 1999, she gained her first Primetime Emmy Award for Outstanding Guest Actress in a Drama Series for ABC series NYPD Blue where she portrayed the character of Katie Sipowicz.

Monk is possibly single at present. She has done an excellent job in separating her personal life from professional life. She has never spoken about her love life in the media.

However, many of her fans and well-wisher assumed she might be married, but no official confirmation has come from her yet.

Debra Monk has earned an incredible amount of net worth form her 35-year-long career. Her exact net worth figure is yet be revealed, but it is assumed to be in seven-digit numbers.