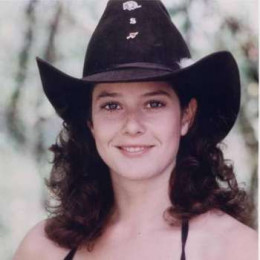 Debra Winger is an American actress who has won national awards and has been nominated in different academy awards. She grew up in California. She is in the industry since 1976. Her parents, father Robert Winger and mother Ruth Nee Felder are Jewish, Austrian-Hungarian. She gave her debut in the movie Slumber Party from the 1976 sexploitation film. Meeting an accident Debra was blind for 10 months when she made a decision of acting and to be an actress.

There were many men in Debra’s life. She was in relation to many celebrity and social figures then. Her current relationship status is married. She married twice in her life. She became a mother for the first time in 1987 giving birth to a son. Debra is a successful actress and is nominated with Oscar awards for best actress. Her talent was acting which gave her name and fame.

Debra Winger was born Debra Lynn Winger on May 16, 1955, in Cleveland Heights, Ohio, U.S. She was born to an Orthodox Jewish family, to Robert Winger, a meat packer, and Ruth (née Felder), an office manager. She is American and belongs to the White-American ethnicity.

Winger attended Oliver Wendell Holmes Junior High School in Northridge, California and graduated in 1973. She was invloved in a car accident at the age of 18 because of which she suffered a cerebral hemorrhage; as a result, she was left partially paralyzed and blind for 10 months.

Initially, Winger was told she would never see again but she decided if she recovered then she would move to California and became an actress.

Debra Winger started her career in 1976 with sexploitation film Slumber Party '57 as Debbie. She rose to fame after appearing in the three episodes of ABC's TV series, Wonder Woman. Later, the producers want to cast her in other episodes as well but she refused the role as she fears the role would hurt her fledgling career.

In 1980 she starred in Urban Cowboy along with John Travolta for which she earned BAFTA nominations and a pair of Golden Globe nominations. Some of her screen credit includes Cannery Row,  An Officer, and a Gentleman, Shadowlands,  A Dangerous Woman, Peggy Sue Got Married,  Legal Eagles, Made in Heaven, Everybody Wins,  A Dangerous Woman and others.

Winger earned her first Emmy nominations for her role in TV film, Dawn Anna in 2005. She starred in her first romantic lead with The Lovers.

Debra Winger is happily married to actor and director, Arliss Howard in 1996 at an intimate ceremony. The duo shared a son, Gideon Babe Ruth Howard (born on 1997). She has step-son, Sam Howard from Howard's previous marriage.

Prior marrying Arliss Howard, she tied the knot with the actor, Timothy Hutton in 1986. The couple has a son, Noah Hutton (born on 1987), he is a documentary filmmaker. However, the couple failed to handle their married life and split apart in 1990.

According to TheRichest, Debra Winger has an estimated net worth of $22 million and as per Celebrity Net Worth, her net worth is $16 million. She is considered as one of the successful female Hollywood stars. In 1993, she earned $2,000,000 from her appearance in Shadowlands and $3,000,000 from the movie, The Sheltering Sky.

Debra Winger on The Late Show with Stephen Colbert where she mentioned, she is obsessed with Catholic Saints. Check out the video,

He is an American actor and director. He is also the younger male actor to receive the Academy Award. He has a son with Debra.

He is an American actor, writer and film director. He met Debra on the set of the film Wilder Nepalm. He has a son with Debra.

He is Debra's first son from her first husband. He is in the film industry as a director.

He is the second child of Debra. He is currently in his senior high school and enjoys moments of life.