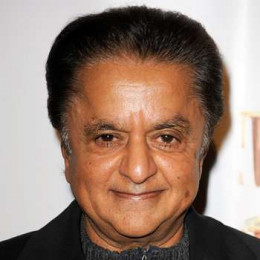 Gurdeep Roy better known as "Deep Roy", is a Kenyan-born Indian actor, stuntman and puppeteer. His birth name is Mohinder Purba. He is known for his portrayal as the Oompa-Loompas in Charlie and the Chocolate Factory, Keenser in Star Trek and in TV series such as The X-Files and Eastbound & Down. He made his acting debut in a 1976 episode of The New Avengers "Target!", playing Klokoe.

Moving on to his personal life, he is a married man but details about his wife has not been disclosed to the media yet. When it comes to his personal life information, he becomes very reluctant and has managed to keep it private. He might have dated long list of ladies in his past days but there is no record of it till date. As he is married to a woman, he definitely is not a gay.