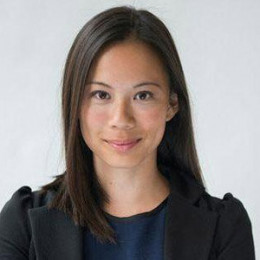 Deirdre Bosa is a TV anchor, reporter, and journalist. She has served as a co-anchor in several morning programs and has interviewed some of the world’s key business figures in her career. She currently serves as a technology reporter for CNBC.

Bosa was born in San Francisco, United States. She is half Canadian and half Taiwanese and belongs to the Asian ethnicity. Her other names are Deidre Morris, Deidre Austen, and Deidre Wang.

Bosa started her career in 2007. She served as corporate communications at Barrick Gold Corporations. She worked as a Procurement Analyst at Rio Tinto for 11 months. She joined the company in March 2009.

Bosa is a business news editor and anchor for CCTV News International based in Beijing. She joined the network in August 2010.  She worked there for around one and half years.

Bosa has worked as a contributor to Fox Business Network. She joined the network in 2011. She served there until 2012. She has co-anchored various morning programs such as "Squawk Box Asia," "Squawk Box Europe," and "Worldwide Exchange.

Bosa currently serves as a technical correspondent and contributor for CNBC. She joined the network in July 2012. She previously worked as a freelance correspondent for Business News Network.

Deirdre Bosa might be married. She has kept her personal life secret, there is no information about her affairs in social sites. She has worked as a Freelance correspondent in a post of a business news network in September 2014. Deirdre has worked with several media in her career.

Bosa earns good working as a reporter at CNBC, as the average salary paid to the reporters is $99,000. She has a wonderful net worth.