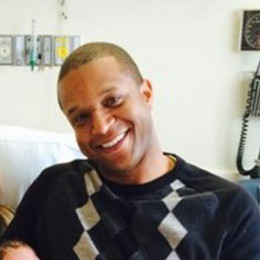 Delano Melvin is the son of an American journalist and news anchor Craig Melvin and sports anchor and reporter Lindsay Czarniak. He is the grandson of Lawrence and Betty Melvin. Delano's father is currently anchors MSNBC Live on weekdays and is co-anchor of Today. In 2012, Delano Melvin anchored MSNBC's coverage of the Republican and Democratic National conventions, as well as Election Night coverage for TVOne in partnership with NBC News.

Delano's mother Lindsay began her broadcasting career as a CNN production assistant. She has also been a pit reporter and studio host for TNT's NASCARSprint Cup Series coverage and a former co-host and reporter for the syndicated The George Michael Sports Machine. On July 13, 2011, Czarniak made her final broadcast as a sports reporter at WRC-TV. Delano Melvin is currently living with his parents.