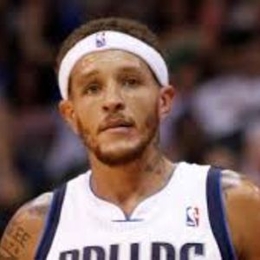 Delonte Maurice West is a former professional basketball player who played for the National Basketball Association for the Boston Celtics, Seattle SuperSonics, Cleveland Cavaliers, and Dallas Mavericks. The Washington DC native is one of those celebrities who've experienced both good times and worst times in life.

Delonte West married twice in his life. His marriage was to Kimberly Awad, 35, in 2009. He met Kimberly at St. Joseph's University. After seeing each other for a few months, they tied the knot in Nevada. They remained husband-wife for only a month. 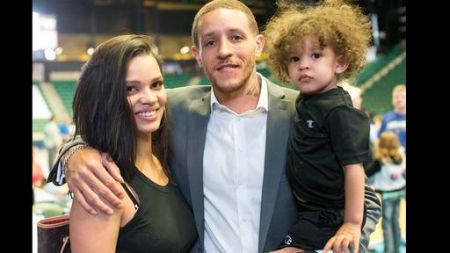 West married his second wife, Caressa Madden, after meeting at a mutual friend's house. They soon moved into West's house in Fort Washington as he waited for basketball unemployment.

The former athlete proposed girlfriend Caressa while he was unemployed, and he found really hard even to bring food on the table. However, Caressa never really cared about the situation; in fact, she accepted his proposal.

The former NBA star moved into a $1 million eight-bedroom house with a swimming pool and the Potomac's stunning views. Sadly, the pair experienced a torturous winter because Delonte could not afford her a new hot-water heater.

Later on, he reportedly filled the rooms with portable space heaters and heated water on the stove in a way that she could take a warm bath. The lovebirds became parents to son Cash West in 2013.

Delonte experienced personal and financial problems throughout his career, regardless of earning $14 million in salary. At the time of the NBA lockout, he allegedly was residing out of Maverick's locker room. He was forced to sell all of his jewelry and several cars. What's more? 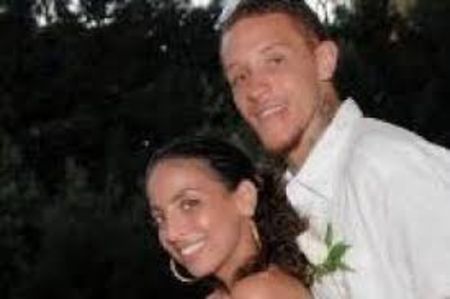 West also applied for a temporary job at Home Depot to make ends meet. He lost half of the fortune in the divorce settlement and legal fees defending vivid issues.

In the same vein, West was caught looking somewhat destitute and almost homeless. A few months before that, he was found walking around the fast-food eateries parking lot without shoes, with a disheveled look.

As of 2020, Delonte West has a net worth of $1 thousand, proving oneself the worst examples of a pro athlete whose life got ruined. He bagged around $14 million in salaries alone amidst his NBA career. Later, he was found struggling highly with drugs and other toxic substances.

In the same vein, West moved to the Seattle Supersonics, and by early 2008, he was hired by Cleveland Cavaliers as part of 3 team deal. Being with Cavalier, he scored a season-high of 20 points against the Celtics six days after the trade.

Until 2008, West signed a three year $12.7 million with the Cavaliers and $1,069,509 contracts with the Celtics. On 29 September 2020. Dallas Mavericks' owner said, "The 28-year-old won the hearts of few people after he stood up as a skilled backcourt defensive player and outstanding outside shooter."

Later on, he was traded to the Minnesota Timberwolves; unfortunately, his tenure at the team was short-lived. In late 2010, he was signed a year contract with the former team, The Boston Celtics, to back up Rajon Rondo as a point guard. The contract came to an end after a guilty plea to weapon charges.

Delonte West was born on July 26, 1983, in Washington, D.C., to American parents. He stands at the height of 6 ft 3 inches and weighs 180 lb (82 kg). He went to Eleanor Roosevelt High School in Greenbelt and then completed higher education from St. Joseph's University in Philadelphia. West played basketball for Saint Joseph University. In addition to that, his efforts enabled him to play for the Elite Eight in the 2004 NCAA Tournament.

Delonte West's first marriage was to high school girlfriend Kimberly Awad in 2009. They lived together only for a month.

Delonte West and wife Caressa Madden tied a knot in 2013 and shares a son Cash West. It is unclear whether the two have parted separate ways.

Cash West was born in 2013 as an only child to Madden and her husband Delonte West.