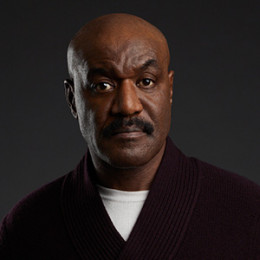 Delroy Lindo was born in Eltham, London to the Jamaican parents, who got interested in acting since his early childhood through the Nativity plays. Delroy lived with his father and nurse mother and moved to Canada with his family and then to San Francisco during his childhood. He went to American Conservatory Theater for the acting studies and graduated in 1979. Delroy graduated in 2004 with a degree in Cinema from San Francisco State University and started his professional career in the movies from the movie More American Graffiti in 1979.

The other works of Delroy Lindo in movies include A Life Less Ordinary, The Cider House Rules, Romeo Must Die, and The One. He has worked in TV series Kidnapped, The Chicago Code, and Believe. Besides an actor, Delroy is also a director and has worked as a director in the plays in Los Angeles and Berkeley. Delroy has been married twice and has a son from the second wife.

Delroy was married to Kathi for a brief period. Their relationship did not work out well due to misunderstandings and they got separated.

After the first divorce, Delroy married Neshormeh. She works at the Schomburg Center for Research in Black Culture as the educational programs manager. They have a son together.

There is not much information about Delroy's son Damiri. However, it seems like he resembles to his father from the pictures.