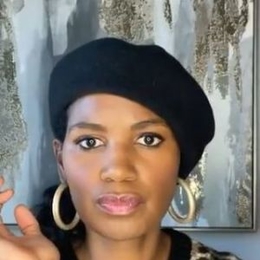 Denise Boutte is an American model and actress. She catapulted to fame after her role in Why Did You Get Married? The recent film played by Denise is Christmas with My Ex Alicia.

Denise Boutte is a blissfully married woman. Denise walked down the aisle with her boyfriend turned husband Kevin Boutte in 2003. The couple briefly dated before they took their relationship to a serious level. The ceremony was held in a private ceremony. 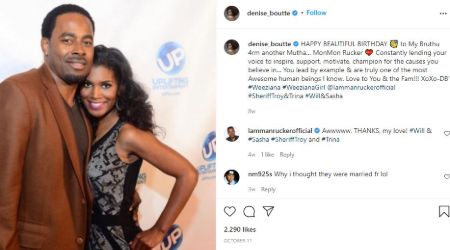 Not to mention, Denise and Kevin first met at a junior Knight's Catholic Teens Talents Show in Lafayette. The two are the most admired and blessed couple in Hollywood. The married pair have completed almost two decades of togetherness.

The Louisiana native gave birth to an adorable daughter named Jordan Simone. Rumors regarding the divorce or split have not been heard in the media, so there's minimal chance of the duo getting a divorce. The lovely family of three currently resides in Los Angeles.

How Rich Is Denise Boutte?

Denise Boutte started her acting career with the 2004 action film Death Valley: the revenge of the bloody bill. She became very popular after her breakthrough role in Tyler Perry's directed hit film Why Did You Get Married?

Check out the video of Denise Boutte at the award ceremony.

Not to mention, Denise also appeared on the soap opera Days of Our Lives as Danielle from 2004 to 2007. Her acting credits include Pieces of Eight, Sister's Keeper and For Love or Money. Besides acting, Boutte is the CEO of Weeziana Girl Culinar and Spice Lines.

Further, it's not clear if her spouse is also in the entertainment industry but has chosen to keep his details private. The recent film of Denise is "Christmas with My Ex Alicia." The lady has summoned an estimated net worth of about $4 million. 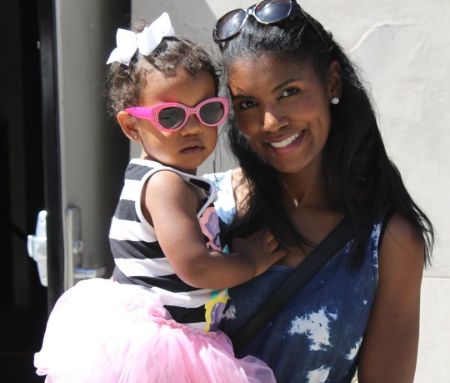 Stay tuned to Married Wiki for more biographies and articles.

Jordan Simone is the only child of Denise Boutte.