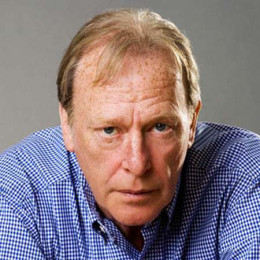 An English actor and singer who is best known for his 'tough-guy' roles in series like The Sweeney. He is son to Rose Juliana and Harry Frank Waterman. From the very young age, he was an avid fan of boxing. In the start of his career, he worked as ticket collector for British Railways. He completed his schooling from Corona Stage School. He first starred in 1960 movie Night Train for Inverness, Scars of Dracula, Fair Exchange, Colditz, The World Cup: A Captain's Tale are some of noticeable movies he starred in. He has devoted 50 years of his precious life in the acting career.

She is his first wife. They have no children together. Reason behind their breakup is still the matter of mystery.

Professionally she is an actress. Together they had two daughters. After 10 years long marriage relationship the couple got divorced.

It was his third marriage. She is an actress. They got divorced withe each other due to domestic violence.

She is his fourth wife. No details on her has been brought to public. She is a very gorgeous lady.

She is the eldest daughter from his second marriage. Following her dad footstep she is also an actress.

She is the youngest daughter from his second marriage.