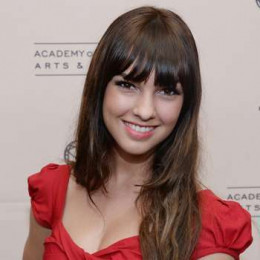 Denyse Tontz is an American actress, singer and songwriter. She was born in San Diego, California. She is best known for her roles in Nickelodeon's hit TV show Big Time Rush as Jennifer Woods. She began working as an international child model as a start of her acting career. She made her first appearance on television through the show E-Ring as Princess Gabrielle. She is also well known for her role as Nikki Ortiz on the Disney Channel. About the music career, she began writing songs from the age of 11. She released her first single "Better Than Nothing" in 2012 beginning her work in the music industry.

Denyse Tontz dated Mark Salling for few months in 2014. Later, she ended her relationship with her boyfriend Salling blaming their busy schedules. Their couple was criticized for much age difference between them. She was 19 while Salling was 31 when they dated. Mark Salling is often known as a hipster musician. She is currently working in music industry and gets into acting as well.