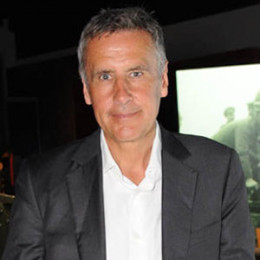 Dermot Murnaghan is a British broadcaster and currently works as a presenter for Sky News. He has presented news programs in a variety of time slots since joining Sky News in 2007. He is best known as Journalist, broadcaster, reporter, news presenter and TV media personality by profession. He is recognized for his endeavors in BBC Breakfast, Eggheads, Sky News Today, Are You and Egghead?. Dermot is former news presenter at CNBC Europe and BBC news.

Murnaghan studied in two schools in North Ireland: St Malachy's Primary School in Armagh City and Sullivan Upper School (a grammar school) in Holywood followed by the University of Sussex in England, graduating with a master's degree in history in 1980. He then did postgraduate in journalism at City University London.

Dermot started his career as a reporter for the local newspapers before joining Channel 4 as researcher and reporter for the show The Business Programmed. While working in the network, Murnaghan has covered much breaking news from the year 1991 to 1992. Before Sky News, he has worked with CNBC Europe, Independent Television News, and BBC News.

Dermot was very handsome back in the days and was involved in many relationships. But none of these ever made it up to the media.

Currently, Dermot represents himself as a happily married man. He tied the knot with Maria Keegan, a journalist. The pair exchanged vows in August of 1989 in Camden. They have four children together and lives in North London. Although being one of the favorite news journalists of Britain, he has not shared much of his detail in media.

The husband and wife have chosen to keep their children away from the cameras, maybe to provide a normal life away from the limelight.

In 2012, Dermot was caught on camera kissing his makeup artist Camilla Tew. They were caught kissing and cuddling in Hyde Park. Except this, there is no any other rumors or extra-marital affairs known to the date.

Looking at Dermot's living style, his dress up and his cars, he certainly must have a net worth in millions, though the exact information on his salary and net worth is not revealed.

Dermot and Maria married in August 1989 in Camden. These two are living happily in North London and are parents to their four children. Although being a part of media, neither Dermot nor Maria has shared much about their personal life. They are living their happily married life and there are no rumors of their divorce.