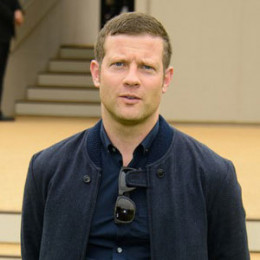 Dermot O'Leary is a British-Irish television presenter for ITV and a radio presenter for BBC Radio 2. He is married to his long-time girlfriend Dee Koppang.

O'Leary was born on 24 May 1973, in Colchester, north Essex, England, to Sean and Maria, who shifted to the United Kingdom from Ireland. Dermot attended primary school in Marks Tey, later attended St Benedict's Catholic College in Colchester.

In an interview, he admitted that his relaxed attitude at school made him fail all but except two GCSEs. Later he started his A Level courses at Colchester Sixth Form College. Eventually, he studied for a degree in Media Studies with Politics at Middlesex University.

Dermot O'Leary started his career as a disc jockey at BBC Essex, in Southend-on-Sea, before becoming a runner on the TV show Light Lunch with Mel Giedroyc and Sue Perkins, then a presenter at Channel 4, part of the original presenting line-up of the channels T4 strand.

On 29th MArch 2007, it was announced that Dermot would replace Kate Thornton as the new host of ITV's The X Factor for at least two series. O'Leary appeared as the host for eight years and finally left on 27 March 2015, for his other projects.

In 2007 March, Dermot signed a long term contract with channel 4 to appear on Hollyoaks. Later it was shortened after a series of disputes on set. The writer at that time Jim Rowie claimed, "He couldn't follow even the simplest commands. It goes to show how vastly different presenting is to acting".

Since then O'Leary hasn't acted. Later in 2009, he presented an episode of The Paul O'Grady Show. After few years, O'Leary returned to Channel 4, where he presented the Life From Space season for three nights on the channel.

He presented a lot of shows since then, in November 2015, O'Leary was in a stand for Terry Wogan for Children in Need. The following year, he presented the BBC One Saturday night game show The Getaway Car, the series was filmed in November 2015 and began airing in January 2016.

Dermot has also marked his name on radio channels, as he joined London's rock station XFM in the year 2001, his first presenting weekday mid-mornings from 10 am- 1 pm, before he moved to the evening show in mid-2002 and worked there for 1 year.

Since 2017, Dermot has presented the Saturday morning Breakfast show on BBC radio 2.

In 2009, March, Dermot introduced Michael Jackson to an audience of fans at The O2 in what turned out to be a final public appearance before death.

Dermot O'Leary is a married man. He is married to his long-time girlfriend Dee Koppang. They officially became husband and wife on 14 September 2012, in St Mary's Church. They are yet to have children and looking at the strong bond they share divorce is just out of the question.

O'Leary is also one of the nine presidents of The Young People's Trust for the Environment. He has campaigned on behalf of Make Poverty History, also has visited Sierra Leone with CAFOD accompanied by his father.

In the year 2003, he played in a charity match for the Colchester Gladiators as a punt returner, as he was helping to raise £2,500 for Barnardo's Children Fund.

Dermot O'Leary makes a good amount of money from his various sources including BBC channels and from hosting events. His current net worth is $ 4 million.

He is married to his long-time girlfriend Dee Koppang.They exchanged vows on 14 September 2012, at St Mary's Church.