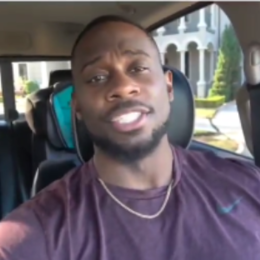 Derrick Jaxn is a renowned author, YouTuber, and relationship advisor who has a massive fanbase on both Instagram account and YouTube channel. His self-love journey on social media commenced in 2012.

Derrick Jaxn is a married man. He tied a knot with the love of his life, Da' Naia Broadus Jackson, in January 2018 in a private ceremony. Believe it or not, Da'Naia became a mother for the first time to Morley before they exchanged vows.

Mr. Derrick proposed his lady love getting down on one knee in November 2016. The couple welcomed their second child in 2017. However, despite being a public figures, Derrick and Da'Naia prefer keeping their personal life under the radar.

In April 2021, Da' Naia allegedly demanded lump sum alimony and full custody of children in secret divorce prior to his cheating confession. Da'Naia filed for divorce from Derrick on August 28, 2020, according to Georgia court papers.

The celebrity wife added she and Derrick started living separately for at least six months at the time of filing. Meanwhile, Da'Naia, along with her two children, lived n Colorado.

Derrick Jackson broke headlines after his controversial affairs stole the media's attention. His video on the YouTube channel in March 2021 featured the author, and his spouse Da' Naia Jackson has since been deleted. Derrick admitted he cheated on his wife, Da'Naia Jackson, in the video. 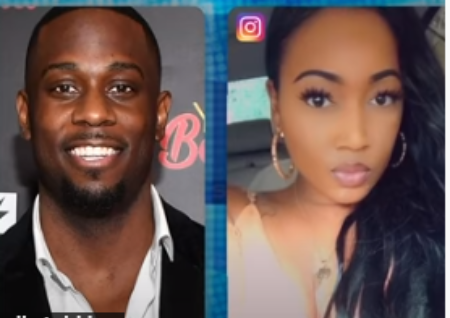 Candice de Madeiros had an affair with the relationship guru. SOURCE: Instagram

The relationship guru Derrick Jaxn has over 1.3 million followers on his Instagram account. Through YouTube, Jaxn preaches healthy and healing relationship advice. Back in March 2021, fans caught he was having multiple love affairs.

Derrick admitted to cheating on his spouse after two women came forward, reacting to all these rumors with his wife. He was romantically linked to a lady named Candice de Madeiros. Candice came forward and claimed she had an affair with the relationship guru.

The second mistress was YouTuber Tasha K, who visited Derrick's Atlanta home. She had a six-month affair with the love guru in August 2019. They immediately met up and had chemistry and sparks when she didn't know he was married.

How Much Is Derrick Jaxn Net Worth?

Jaxn has summoned an estimated net worth of $1.5 million as 2021. He bagged big chunks from his long-term career as a YouTuber, Author. As an author, he has many books up for sale online from which he earns a lot of money.

Da'Naia started his career as a blogger with a personal blog. Since then, he has seen his career grow to the point of earning the spotlight in many ways.

Derrick Jaxn is married to his wife Da' Naia Jackson since January 2018. They gave birth to a daughter before engagement.

Da' Naia Jackson gave birth to the couple's first child in 2015. The couple has kept their child's birth details low-key.

Da' Naia Jackson welcomed the pair's second child in 2017. Like the elder one, Da Naia's child is mysterious.