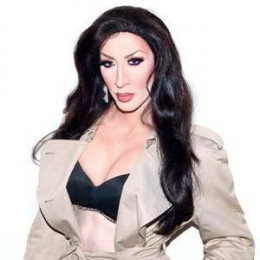 American drag performer and recording artist Detox Icunt currently single. He is the son of Tom And Patty Sanderson. He graduated from South View High School in 2003. He is a member of Chad Michaels' Dreamgirls Revue, the longest-running female impersonation show in California. He is also a member of the band Tranzkuntinental. Detox was among 14 drag queens who would be competing on the fifth season of RuPaul's Drag Race.

Detox Icunt marital status is single.His first television series is RuPAul’s Drag race in the character of Himself. He also has appearances in a music video, his first music video is “Disturbia”(Rihanna), which was directing by Anthony Mandler. Detox won the children's TV show-themed main challenge in the episode "Draggle Rock." There is no information about his affairs in social sites.