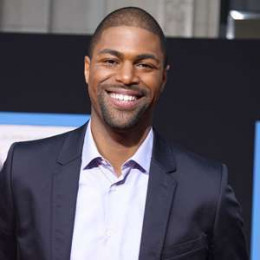 DeVaughn Nixon is an American actor, best-known for portraying Fletcher in the romantic film "The Bodyguard". He is the son of actress ,dancer,producer, and director, Debbie Allen and Norm Nixon, former basketball player. He started his acting career from the animated film called Bebe’s Kids. He also works as a mortgage broker alongside his father.

Devaughn Nixon has managed to stay away from focus when it comes to his personal private life. Although he is an unmarried man, no information about his girlfriend or dating history are made open. However, according to his public profile, Nixon might possibly single as well. Rumor exist that he is gay but this seems unfound and baseless, as he has never talked about his sexual orientation.