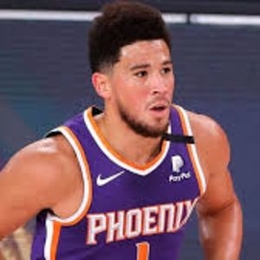 The sports world is full of competition and only a few can breakout as a star. The case is exactly the same with NBA player, Devin Booker, who is a shooting guard for the Phoenix Suns. Just 23-year-old, the youngster has shown a lot of promise and aspires to be one of the greats. Last year, he became the youngest player in NBA History with consecutive 50-point games.

The NBA might be extremely tough for everyone to pursue, but the ones that manage to enter the basketball league have a set career ahead. While the name and fame is one thing, but Devin Booker's journey in basketball has ensured him a strong financial power. Specifically, he gathers a colossal net worth of $27 million, which is quite huge for someone aged 23. If the Suns' star continues at this rate, then the day isn't far when he will gather a massive bank balance of hundreds of millions. 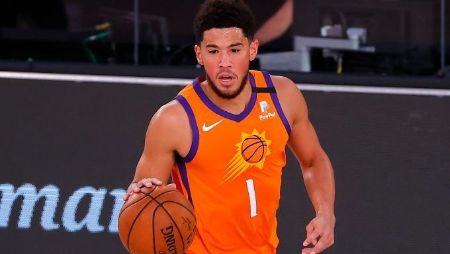 Devin Booker started his NBA journey in 2015-16 with the Phoenix Suns and has started around 309 games with the team to this date. Prior to that, he used to play for Moss Point High School, from where he played the 2014 McDonald's All-American Game, from where he managed to impress a broad audience. You would be quite surprised to know how the player was the 13th draft overall in the 2015 NBA draft and became the youngest player to score over 60 points in a game when he finished with 70 against Boston Celtics. 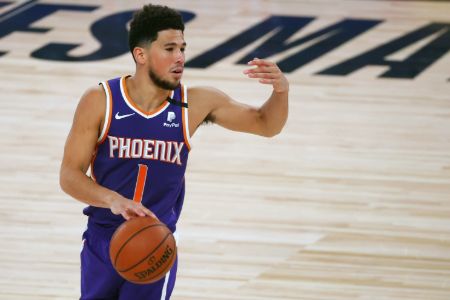 Devin Booker is in the NBA All-Star team of 2020. SOURCE: LA Times

As Booker continues to impress the whole division, his value in the market continues to rise. There is no doubt that other teams would be keeping an eye on him and offer him a lucrative contract in the near future. Although he hasn't won any championship with the Suns, the NBA star managed to reach on the team of NBA All-Star in 2020.

Booker is one of the most talented players in NBA, and he is currently in the middle of a 5-year $158 million contract with his Phoenix Suns side.

While Devin Booker's professional career remains quite accessible to many, the Michigan born shooting guard prefers to keep a low-profile of his love life. However, since the basketball player is a victim of his own success, keeping the details regarding his love life as a secret is a big struggle for him. The basketball player was dating the gorgeous Hannah Harrison when the year 2020 began, but things have taken a massive turn as the worst year of the decade started. 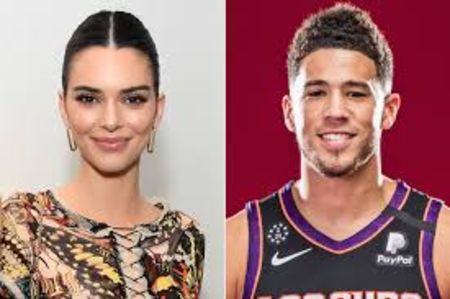 Devin Booker and his ex-girlfriend Hannah Harrison are no longer together, and it is expected that the main reason for it because the Suns' star didn't invite him to his retreat party. Apparently, their romantic life took a big setback as they broke up in very bad terms. In fact, his partner ended the relationship in the worst possible way, complemented with a block on Instagram.

The 6 feet 5-inch tall basketball player isn't wasting any time in his love life as he didn't go underground to move on from his past affair. Interestingly, the pair have started dating the renowned super-model, Kendall Jenner. According to several sources, Booker was Kendall's special quarantine pal.