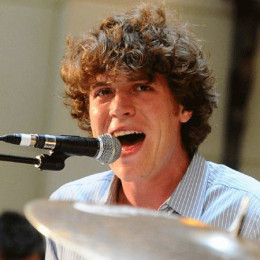 A Canadian renowned singer and also songwriter who fronts the musical band named Devin Cuddy. He is son to Rena Polley who is an actress and Jim Cuddy who is also musician and founding member of popular Canadian band Blue Rodeo. He has two siblings including one younger sister and a brother. His band member consists of Nichol Robertson, Zach Sutton, and Devon Richardson and he himself. The band debuted with their first album "Volume One" which was nominated for roots & traditional album of the year 2014.

Exploring his personal life he has not disclosed any information regarding his personal life. After being so popular he has still managed to maintain privacy of his private life. Till now he has not been romantically linked with anyone. It seems like he is taking his musical career more seriously than his love life. But his fan can follow him in his official twitter account @DevinCuddy to be more updated about him and his upcoming albums.