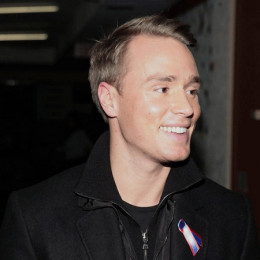 Devon Soltendieck is an entertainment reporter and journalist. He is best known as the MuchMusic VJ and a reporter for CP24 TV based in Canada. He has served as a host of the new game show, Pop Quiz.

Soltendieck was born on May 8, 1985, Montreal, Quebec, Canada. He is a Canadian who belongs to the White ethnicity.

Soltendieck attended summer school in Villars, Switzerland and returned to Canada to complete his high school. He completed his graduation from Selwyn House School in Westmount, Quebec and moved to Dawson College CEGEP.

Soltendieck studied Economics and Political Science at Concordia University. He later continued his education in Finance at the University of Toronto. He has professionally trained violin and horn. He has learned guitar and percussion himself.

Soltendieck’s career began at the age of 18. In March 2005, TV Guide voted him one of magazine’ Top 10 Stars on the Verge of a Major Breakout. Also, he was a first three-month contract. He worked for the station for six years.

Soltendieck served as an anchor remote host at CP24 in 2010. He joined Etalk on August 21, 2013. He served as a host of the new game show, Pop Quiz in November 2013. The show was judged by Canadian comedian, Emma Hunter.

Soltendieck was once in a relationship with a gorgeous singer and songwriter, but the relationship didn't long last. The couple dated for almost a year and broke up. After that, he hasn't dated anyone in an official way.

Currently, Soltendieck resides with his family. He is active on social networking sites such as Instagram and Twitter.

Soltendieck has made a decent amount of money from his work, which adds up to his net worth in million.