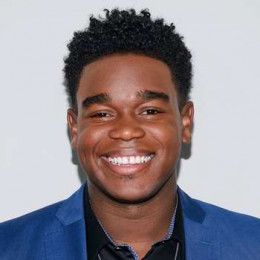 American actor known best for being portrayed as Walter Hill in the movie Joyful Noise, Dexter Darden is a well known name in the entertainment fraternity, known best for his skills in other movies like The Maze Runner as well as the Maze Runner: The Scorch Trails. He was born in Camden, New Jersey and has been involved in the field of acting since 2006.

While Darden has appeared in several roles in television and in films, the dating history and personal life of this personality however, is not as much talked about as his professional life is. He has never been known to have a girlfriend from the acting fraternity and has also never been married. He is without children and seems to be focusing more on his career.