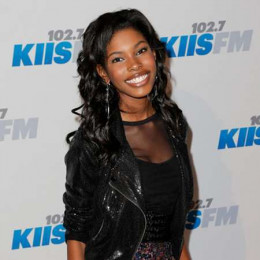 She is a singer, actress, and voice actress, best known for finishing fifth on the second season of the American version of "The X Factor". She came to prominence after participating in The X-Factor in 2012. She starred in a Chicago-based production of The Color Purple at the age of eight. She is the voice of Francine Elma Greene in Transformers: Rescue Bots.

Talking about her personal life, currently she is in her teen age and is too young to be in a relationship as well. Currently, she is single and till now she hasn't been involved in any relationship kind of thing as she is much more focused on establishing her career in the entertainment industry. To know her more better and stay connected to her we can visit her Facebook page @https://www.facebook.com/OfficialDiamondWhite/.