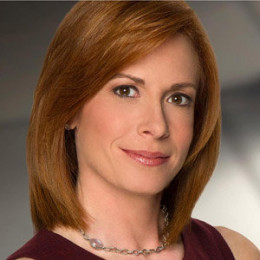 Diana Olick is an Emmy Award-winning journalist, currently serving as CNBC's real estate correspondent as well as the author of the Realty Check section on CNBC.com. She is daughter of father Philip S. Olick, senior partner in Moses & Singer, and mother assistant corporation counsel for the New York City Law Department. She attended Northwestern University and got her master's degree in journalism. Prior to joining CNBC in 2002, Olick spent seven years as a correspondent for CBS News.

This beautiful anchor has been linked with her co-workers but the rumors has never been confirmed by her. She has been married to Scott Wagner Gold, who is son of mother Paula Gold of Boston and father Herbert Gold. Gold is a marketing consultant to the Schieffelin & Somerset Company in New York. Sine their marriage, according to Olick they have wonderful relationship. They are also even seen attending many public events and parties together.

In March 1999, she was married to Scott Wagner Gold. They are spending a perfect married life and have parented some children. Information regarding children is not disclosed.