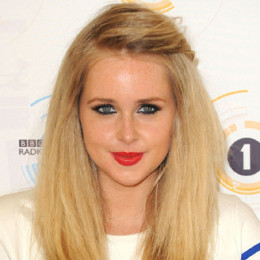 She is a British singer-songwriter, an actress, a fashion designer and a model. She got her first public recognition as a semi finalist in the reality show The X Factor in 2008. She had always dreamt to succeed in her education and thus, when she reached the age of 16, she planned to study hard for her A Levels. She studied at Westholme School in Blackburn. She was singing since she was 11 and had take the singing classes and participated in different competitions since her early age.

She is currently single. She has never been married and has no any children. She was in relationship previously. There are rumors that she is secretly dating some one and been hiding her truth. However, it is still unknown and not confirmed if she really is dating and with whom. There were rumors about her pregnancy as well but is a false one.