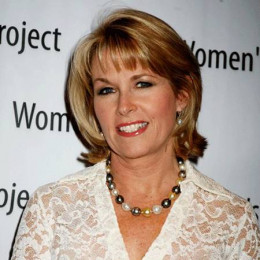 An American television journalist currently working at WABC television in New York as news anchor. She graduated from Duke University in Durham, North Carolina with economics as major. She started her career in internship working as reporter in Charlotte, North Carolina. Later she moved to Boston and worked for local channel WHDH for four years. Live coverage of Pope John Paul II's visit to Israel in 2000 and 2001 from right outside The Pentagon is some of her memorable work. She has been awarded with Emmy Award for her Dangerous Crossings half-hour special.

Talking about her personal life she has already married the love of her life. Till now there has been no report or rumor regarding any extramarital affair and divorce from both sides which also proves that they are faithful to each other.The couple is already parents of three children. They haven't disclosed the name of their children yet. Together the family is living happily in Westchester County, New York.

Emmy Award-winning journalist Diana Williams is currently served as news anchor at WABC television. She was born on July 18, 1958, in Columbus Ohio. Her nationality is American and she belongs to the white ethnicity.

In 1980 Diana completed her graduation degree in economics from Duke University in Durham, North Carolina.

After finishing her education, she joined the WSOC as a reporter and then joined WBTV as a weeknight anchor at 6 p.m. and 11 p.m.

William started her career as a news presenter. From 1987 to 1991, she worked at WNEV and her four journeys on channel marked her one of the capable journalists of the time.

Diana joined the WABC in 1991 as a reporter and eventually became the weekend anchor and within the interval of a year, she holds the position of co-anchor.

She hosts the program Eyewitness News and during this process, she got a chance to traveled the world but most of her travels were with Pope. She has also covered the political news.

She won an Emmy Award for her half-hour special called Dangerous Crossings which focused on the immigration issues along the Mexican and Arizona border.

The 59-year-old journalist is a married woman. She tied a knot with Douglas Wayne Shanks in 1980 and since then they are together.

The duo was blessed with three children but sadly on June 21, 2016, they lost their son Nathaniel Williams in a major accident where he suffered a severe shock in his brain and broke many of his bones because a pickup truck running a red light crashed with his motorbike.

Nathaniel is an air force pilot and undoubtedly the center of attention on his mother’s life.

After the demise of her son, Douglas supports his wife and two children with all his way so, he is referred as the loving husband and father.

Currently, she resides in New York City with her husband and children.

During the three decades of her career, she has earned huge amount of net worth which remarked her one of the richest females journalists but the exact amount has to be revealed yet.

He is very supportive husband. His picture along with family during different ocassions can be found in different sites.

Nathaniel is a first child of his parents but sadly he lost his life on June 21, 2015.

He is the youngest son of Diana Williams but his name and DOB hasn't revealed yet.