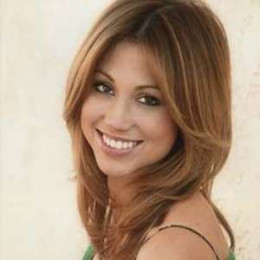 An American actress, writer, and producer alongside Jesse Bradford, Catherine Hicks and Michael Gross in the short You're a Wolf, Diane Gaeta is currently married to an actor Logan Marshall –Green on 12th December 2012. She attended Tisch School of the Arts at New York University. She has guest starred on the CW's 90210 and has had roles on such shows as How I Met Your Mother and Sons of Anarchy.

Diane Gaeta is married person. The couple has two children, a daughter Culla Mae Marshall-Green born on April 6, 2010 and a son Tennessee Logan Marshall-Green born on April 11, 2014. She produced her first feature with her partners Liz Hinlein and Adrienne Harris through their company, OPC Film, LLC. She stars as Sam Trassler along side Chad Michael Murray and the film is poised to do the festival circuit in the 2014-15 year.

She married to Logan Marshall –Green on 12th December 2012.the couple has two beautiful children. Her husband has acts in many movies.

She has a daughter named Culla Mae Marshall-Green ,she was born on April 6, 2010.

Her son named Tennessee Logan Marshall-Green was born on April 11, 2014.