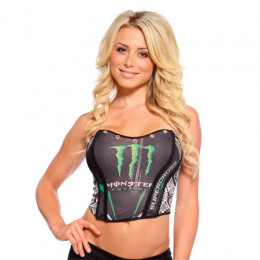 Dianna Dahlgren is a fitness instructor and professional model, who works as an IFBB Bikini Pro, International Federation of Bodybuilding and Fitness. She started her fitness career at the age of 19. She has appeared as a model on the Fitness RX, Muscle and Fitness Hers, FLEX Magazine. She has won myriad pro awards such as 2009 NPC Team Universe, 2010 Europe Battle of Champions, 2011 Phoenix Pro, 2012 Los Angeles Pro and much more.

Dianna Dahlgren was born on February 4, 1990, in Spokane, Washington. She holds an American nationality and belongs to the white ethnicity.

She is a Model, TV Host, 5X Miss Supercross, and an IFBB Pro Athlete.

She began her modeling career at the age of 13 when she was scouted by a modeling manager. But in between, she takes a break from her career and resumed it after she got 18.

Her modeling career took off when she got a chance to be a spokesmodel for Budweiser, Monster Energy, and Toyo Tires. She was an IFBB Bikini Pro winner too which opened many doors for her.

She has featured in many popular magazines such as; Fitness RX, Muscle and Fitness Hers and FLEX Magazine. Being a successful model, she worked for many clothing, lingerie, and bikini brands.

She is a social media correspondent for Supercross series as she won the Miss Supercross title for five times.

Moreover, she was a contestant on WWE Tough Enough VI but later she quit However on August 1, 2015, she signed to WWE's developmental territory NXT.

Besides modeling, she worked in tradeshows, events and commercial ads.

The 27-year-old model is happily married to her long-term boyfriend Ryan Bates who is the owner of The Globe. The duo exchanged a vow on March 30, 2016, at an intimate ceremony.

The couple is together for three years before tying a knot and in between many news and rumors took place of their break up and split but all those gossips turned down with their wedding news.

Dianna and her husband were blessed with an adorable son Hunter who was born on February 12, 2017. Currently, she resides in  Wildomar, California along with her child and husband.

She often posted her son and hubby pictures on Instagram and showcase her love towards them. They are perfect of three which inspires many of her fans.

She has a hobby of riding bikes on a desert and hitting the mountain to tear it up on her snowboard as well as she is the huge fan of all Xtreme Sports.

She has earned a huge amount of money from her modeling career and reality series which represent her net worth of $2 million (2017).

Ryan is the owner of The Globe. He is lovable husband and caring father.

Hunter is the only son of Dianna and Ryan. He is very adorable just like his parents.