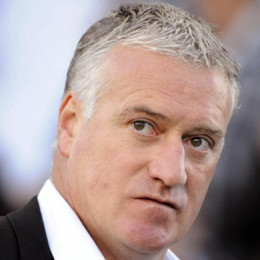 He is a retired French football player and a current manager of France. He used to play as a defensive midfielder for for the clubs like Chelsea, Juventus and Marseille. He is known for his high work-rate, stamina, tenacity and his efficiency to tackle the opponent. He was the captain of the France National Football Team during the 1998 World Cup and Euro 2000 where the team won both the trophies. He started his youth career at Bayonne and made his professional debut at Nantes in 1985.

There are not much information available on his personal life. There was once a gossip that he and his couple were seen adorable together in the wedding dress but the gossip turn out to be a rumor. He has not revealed his relationship status or his personal matter to public. He has been discreet and avoids the public attention on his personal issues.