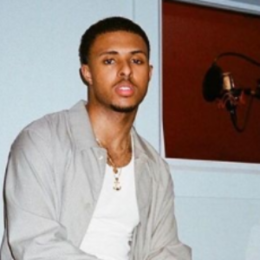 Diggy Simmons is also known as Daniel Dwayne Simmons III, is an American rapper who is famous for being Rev Run's son, who is worth millions of dollars. Fans are more interested in Simmon's personal life rather than his professional life. Let's find everything on Simmons in detail.

Is Diggy Simmons in a Relationship?

Rapper Diggy Simmons once dated Chloe Bailey, who belongs to the R&B duo Chloe x Halle. Diggy probably met Chloe on the set of Grown-ish in January 2018. He plays Doug Jazlyn's (Chloe Bailey) boyfriend on the US sitcom "Grown-ish" based on main character Zoey Johnson while he heads to college. Surprisingly, news swirled that the pair were dating each other in real life. 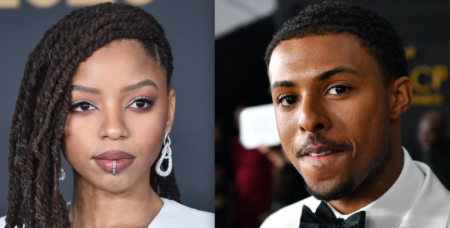 When Bailey and Simmons stole the attention of many on social media, news of a genuine romance between two immediately became viral. Until August 2019, Chloe and Diggy attended Dave and Busters and kissed during the date night. Sadly, in June 2020 interview, Chloe said she was single, putting an end to the speculations that were still spreading.

Some sources claimed Chloe broke up with Diggy because of a cheating scandal. Diggy Simmons allegedly impregnated a woman and had a baby. Chloe ironically released several songs like Busy Boy, Ungodly Hour, and No Drama, and No Baby Mamas.

Even though the song was for Diggy, Chloe did not mention the cheating ex in any lyrics. On the other side, Diggy rapped about making his woman pregnant in 2018 titled "Momma Love," which led people to believe the rumor.

Does Diggy Simmons have a child?

For beginners, Diggy Simmons has neither confirmed nor refused that he made someone pregnant. Nevertheless, many people are insisting by citing his music as proof. But that does not mean the art imitates life in this situation. 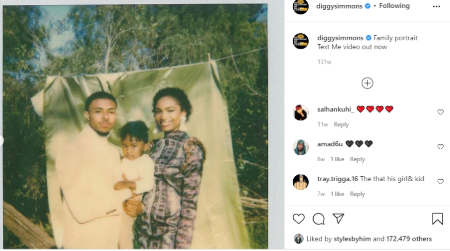 Diggy Simmons allegedly impregnated a woman in the past. SOURCE: Instagram

Believe it or not, many artists perform on specific topics or situations they go through firsthand. But then, in most cases, they are creating songs based on circumstances their near ones are going through.

What is Diggy Simmons' Net Worth?

Diggy Simmons has an estimated net worth of $3.75 million in 2021. Simmons earned massive wealth from his career as a TV personality and rapper. Simmons, along with his five siblings and parents, starred on the MTV reality television series Run's House in 2005.

Digg had been the youngest member of the hip-hop collective All City Chess Club. After releasing multiple mixtapes, Diggy has now become a full-fledged hip-hop artist. Simmon's was signed up by Atlantic Records for his single, Made You Look.

Simmons earned global attention because of his role in the AT&T commercial playing Great Expectations. Since then, the rapper has collaborated with big names on unique projects.

In 2009, Diggy released a mixtape titled The First Flight, downloaded over 100,000 times from his blog. His other mixtape includes Past Presents Future, Airborne, and out of This World.