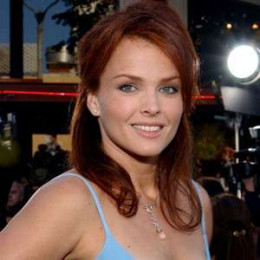 Dina Meyer is an American film and television actress, best known for playing Barbara Gordon in "Birds of Prey", Detective Allison Kerry in the "Saw" and Dizzy Flores in "Starship Troopers". She is also famous for playing a recurring guest star as Mrs. Hong on ABC's "Scoundrels".

Dina Meyer, who has two brothers, Gregory and Evan, started out as a model and started modeling from 9 to 16. Her parents were not on her side when she decided to pursue a career in acting. However, she went on to appear in the 1995 Canadian-American cyberpunk action thriller film Johnny Mnemonic as Jane. Meyer is not yet married and according to her public profile, she might possibly single as well. No record of her is made of having a romantic affair, boyfriend or dating.