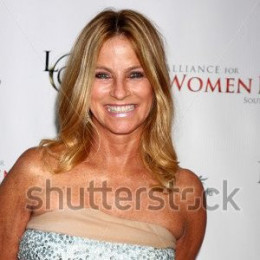 An American actress , with her popular movies such as Titanic (1997), The Migrants (1974) and Crazy Mama (1975), Dinah Englund, is currently single. Dinah is a daughter of Cloris Leachman and director-producer George Englund. There is no more information about her in social sites. She is a sister of Bryan Englund , George Englund Jr., and Morgan Englund. She is popular because of her parents.